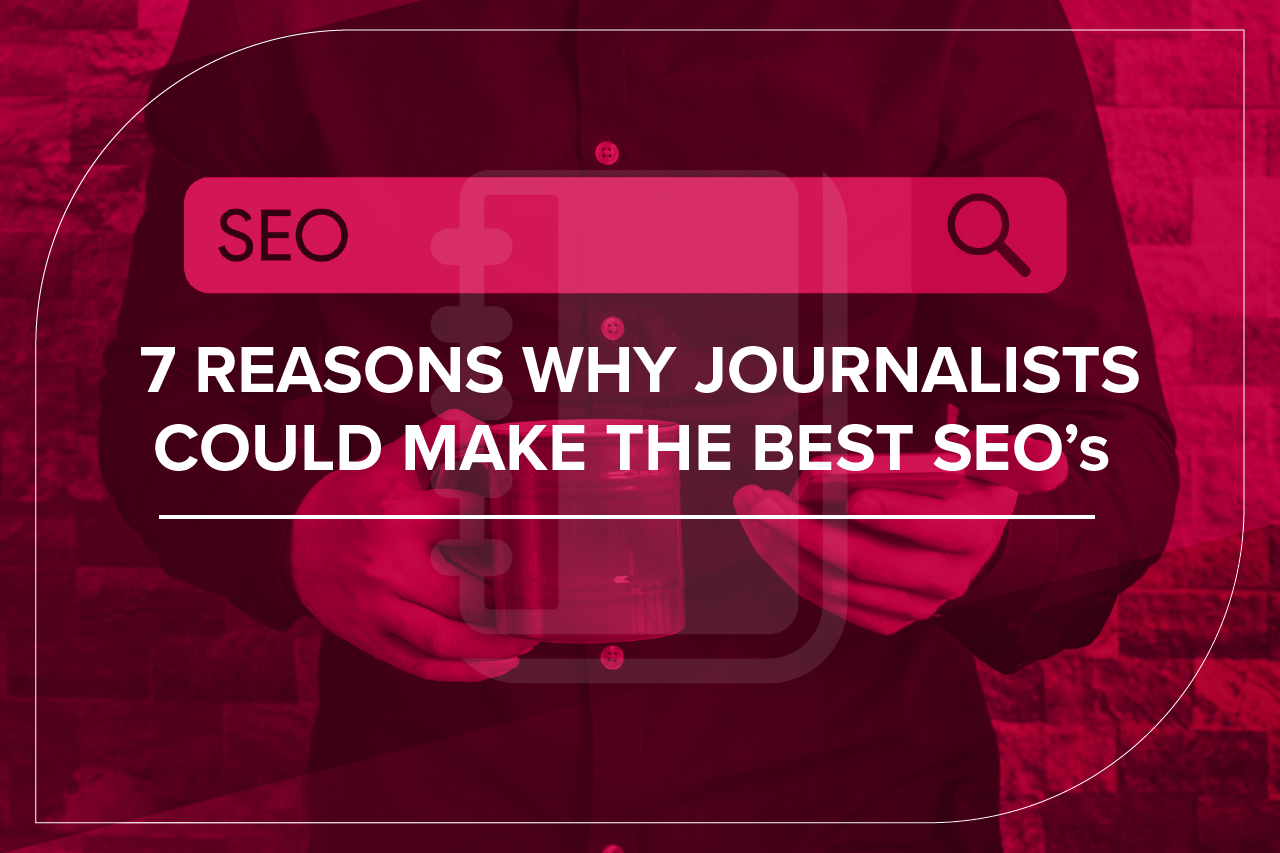 7 Reasons Why Journalists Could Make the Best SEOs

Owing to the large number of digital media outlets and the declining profitability of print-based publications, there’s no wonder that many people believe traditional journalism is in its death throes.

Earlier this year, BuzzFeed revealed it was laying off 200 people globally as efforts to diversify revenue weren’t working, while the Sun newspaper is now facing major job cuts in order to slash costs at the loss-making tabloid.

While this will come as worrying news to any aspiring journalist, several established professionals have described themselves as ‘huddling in a foxhole’ for quite some time now.

Thankfully, it isn’t all doom and gloom from a creative writing perspective thanks to numerous opportunities in the world of marketing. In fact, you could easily argue that SEO and journalism go hand-in-hand…

1. They’re willing to put in the hard yards – research, reporting and writing

To answer the questions they’re asking in their stories, journalists will explore almost every avenue to find the most accurate information or best insights possible. They’re natural investigators that will make multiple phone calls, interview difficult subjects, and research offline sources in order to sculpt the best story.

As opposed to the vast majority of online publications that simply regurgitate what other online publications have already written, this kind of original and unique content will resonate strongly with Google, resulting in higher search engine rankings.

2. They’re inquisitive and formulaic in their approach

Critical thinking is in every good journalist’s DNA. They want to know the answer to every question in life, often regardless of subject matter. While some SEO experts might be too closely tied to their organisation or industry, journalists will be able to give a fresh perspective on things, leading to excellent ideas for content and campaigns.

Professional journalists are also formally trained to write an opening sentence, an explanatory body, and a conclusion that wraps everything up nicely. This formulaic approach to work is how the very best search marketers manage to achieve success again and again.

3. They know how to write a killer headline that attracts and engages

It’s long been said that headlines sell newspapers. And in the good old days of print, it was the job of journalists to entice passers-by with an outlandish claim or clever turn of phrase to keep the papers in business.

In many respects, the same can still be said today. Some believe that headlines are the single most important factor when writing great content online or crafting a click-worthy subject line for outreach emails. It needs to build a relationship with the reader, create a sense of urgency, generate a need for knowledge and begin the message. Headline best practice includes:

4. They’ve got the creativity to stand out from congested online crowds

An insane amount of information is produced on a daily basis. Here’s a brief rundown:

To stand a chance of getting noticed organically online, SEO-focused content needs to strongly resonate with users, generate an emotional response or provide something nobody else has thought of. This is what journalists specialise in – being able to tell engaging and entertaining stories where every sentence counts.

5. They know that distribution is just as important as the content

Any journalist who has been around since the advent of the internet will know that their content is only as good as the channels it is distributed on. After all, no amount of exclusive stories or top quality features can seemingly save print newspapers from their rapid decline.

Therefore, if a journalist was to trade the newsroom for the SERPs, chances are they’d do everything in their power to optimise for web, mobile, social media, and any other platform you can think of. This kind of attitude and outlook lends itself well to the world of digital PR too.

Journalists who write about difficult issues or investigate controversial subjects are often seen as the most respected and influential individuals in society. They provoke us to think about and question our beliefs on a journey for truth and justice.

And as you may or may not be aware, influencer marketing is one of the industry’s top trends. What’s more, leveraging the reputation of a journalist to generate backlinks to your website from authoritative sources is bound to do wonders for your SEO.

Along with their intuitiveness, creativity, and intrepidness, the very best journalists are also exceptional at utilising data and tracking performance with the help of audience analytics.

This description is also true of the finest SEO practitioners, who will stop at nothing to achieve their objectives. SEO for journalists might seem like a completely foreign career path, but those with a penchant for facts and figures will find themselves one step ahead of the rest straight away.

SEO and its impact on journalism

In the early days of the internet, many journalists resented SEO because it forced them to write more robotic sounding pieces that followed a certain keyword-led formula. But since then, Google has developed an increasingly intelligent search algorithm that rewards the kind of work journalists have been known to create for decades.

As a result, it wouldn’t be a stretch of the imagination to suggest that SEO and quality content are the future of journalism.

With a team comprising journalists and SEO experts, our digital PR campaigns deliver effective and guaranteed results. Contact us to discover more.

How to find compelling data for your next digital PR campaign

Gaming Creativity: How to Fake it till you Create it